Canroots East 2019: A Day of Learning, Inspiration and Action

A key organizer of the Alexandria Ocasio-Cortez campaign delivered the keynote address to a packed audience at CanRoots East, a day-long conference for progressive organizers and activists that took place on May 4, 2019, in Toronto at Ryerson University.

Ilona Duverge was the keynote speaker at CanRoots East, where she shared her lessons on how to run successful progressive campaigns. Duverge served as Deputy Organizing Director for Rep. Ocasio-Cortez and Regional Field Director for New York State Senator Alessandra Biaggi. Duverge is building on that momentum by co-founding Movement School, which trains the next generation of electoral organizers to lead grassroots political campaigns across the United States.

Now in its third iteration, CanRoots East unites people from across the progressive movement for a day of sharing, skill-building workshops, and case studies. Political campaigners, labour field organizers and grassroots activists come together to build solidarity and community, share innovative ideas, and plan new collaborations.

“Organizing can be a very lonely and thankless job,” said one participant. “Attending the conference was like taking in a breath of fresh air. It's a great feeling to be among like-minded people who think about the common good.”

Advocate, artist, and writer Lynn Gehl delivered the closing keynote. Gehl, an outspoken critic of colonial law and policies, successfully defeated Indian and Northern Affairs Canada’s unstated paternity policy when the Court of Appeal for Ontario ruled the sex discrimination in the policy was unreasonable. 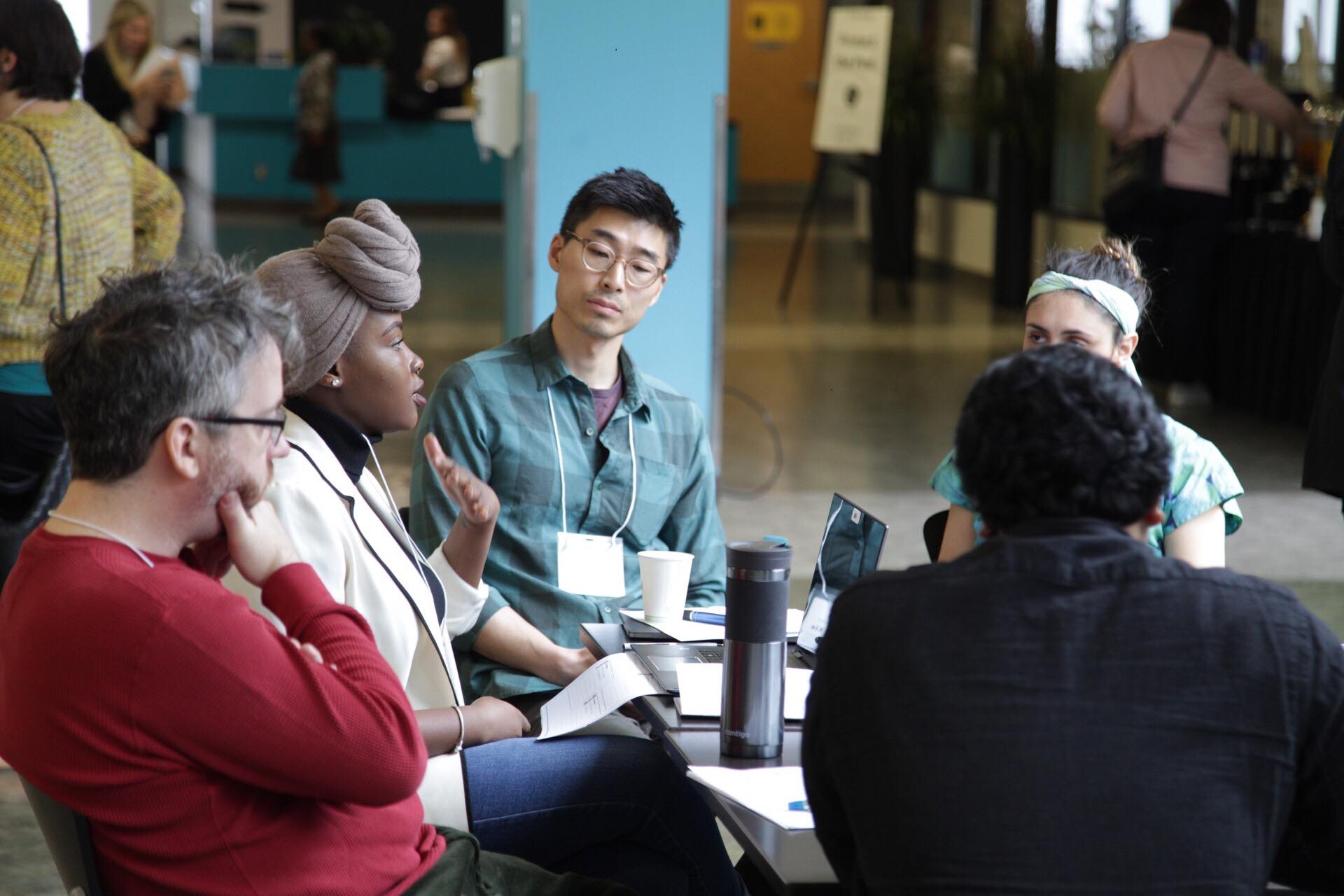 An afternoon panel on a 'Green New Deal' in Canada led to the formation of several new groups dedicated to organizing to win transformative climate change policies in their communities. Presenters also shared their work on several campaign case studies at CanRoots, covering causes that may have seemed too big or hopeless, but through persistence, ambition, and hard work were able to achieve huge victories.

Chris Rider shared how CPAWS formed a coalition with environmental and First Nations groups to oppose the Yukon government and Protect the Peel watershed in the Yukon, in a campaign that has evolved over the years and culminated in a major win last year. Alec Farquhar joined us to outline the key lessons of the campaign to ban the use, import, and export of asbestos, showing how decades of organizing, that brought together asbestos victims and their families, the labour movement, public health organizations, and environmental groups, was able to secure a long-sought win.

Participants also took part in a series of workshops, covering everything from digital fundraising, securing effective media coverage, campaign strategy, and the difference between effective organizing and mobilizing.

CanRoots East was put on by a team of dedicated volunteers operating on a shoestring budget. If you'd like to help support the next Canroots conference, please donate today to support our work.

Building Youth Leadership with the For Youth Initiative and ICL